​Welcome to the Charles Family Barn: equipped with a cozy pallet-stove fireplace, adorable pumpkins, sunflowers, an impressive hayloft, and two friendly barn cats. Porsha and Reed worked hard to make their wedding day as special as they could and showcase their kind personalities. Reed’s dad even shared with us the history of the barn and showed us the date it was built, penciled on the barn post. 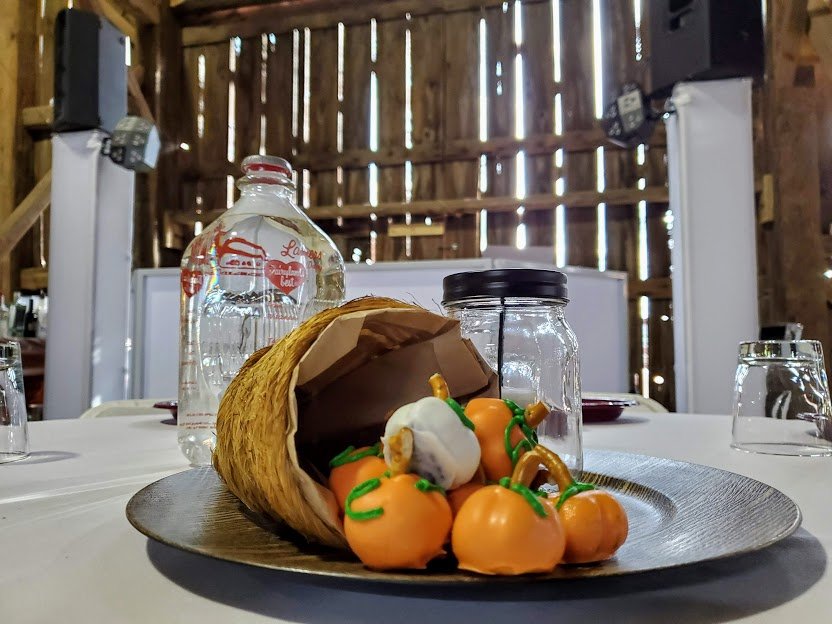 Reed and his father greeted Tyler and I (after I got lost! Yikes!) with welcoming smiles and hospitality, offering to help us in any way they could while we set up for their ceremony and reception. The EMBER option was perfect for the space, filling the barn with amazing sound and a wash of colorful light. Sound reinforcement was set up in the loft across from the hayloft, making it easy for all of Porsha and Reed’s guests to hear toasts and announcements. We were even visited by the curious barn cats while we set up!
​
The wind howled outside as friends and family arrived for the ceremony. Porsha and Reed’s wedding party entered, the men looking dashing in their suits, and the bridesmaids stunning in their burgundy dresses. Walking in to a cello and piano rendition of “You Are the Reason,” Porsha was a vision in her gorgeous dress. Reed and Porsha exchanged vows and rings up in the hayloft, and were pronounced husband and wife surrounded by their loving family and friends down below. 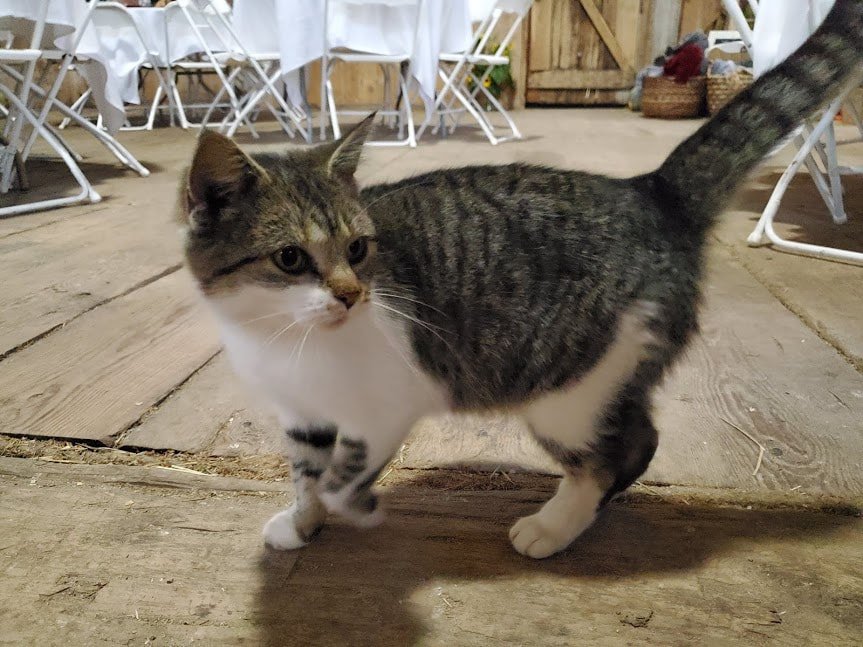 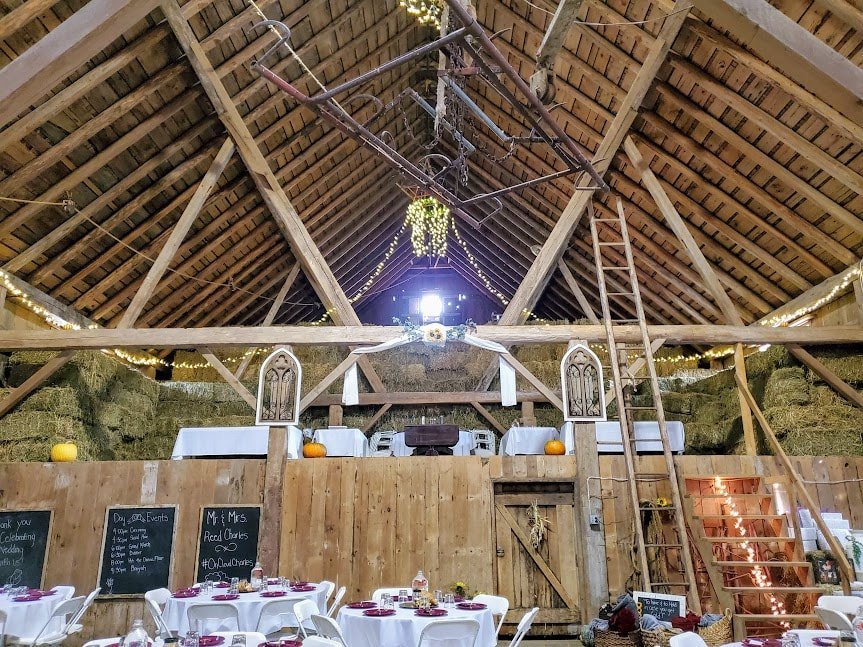 Family photos were taken by Yvonne Marie Photography before a combination of rain and freezing rain (burr!) started to fall. Guests huddled around the fireplace, chatting and congratulating Porsha and Reed before the grand march started. The wedding party consisted of a lively group of close friends who were super excited and ready to celebrate! They definitely brought the energy as they skipped into the barn dancing to “Staying Alive” by the Bee Gees, jumping and shuffling into the middle of the crowd and up to the hayloft where the head table awaited with lights, sunflowers, and pumpkins, and hay as their backdrop—and insulation against the wind!
​
Their journey is a sweet one, for as it turns out Porsha and Reed have known each other most of their childhood. They met as kindergarteners and started dating in high school. They used to joke about eloping in Jamaica if they didn’t find anyone. Reed proposed to Porsha at Peninsula State Park in Door County and they pinky promised to love each other forever. Before dancing for the first time as husband and wife, their favorite things were shared about each other from an interview we conducted before their wedding day. Porsha laughed as she was reminded that her and Reed would never go hungry as long as they had potato salad (their favorite)! Lusaint’s “I Wanna Dance with Somebody” filled the barn, all eyes on the lovely newlyweds. 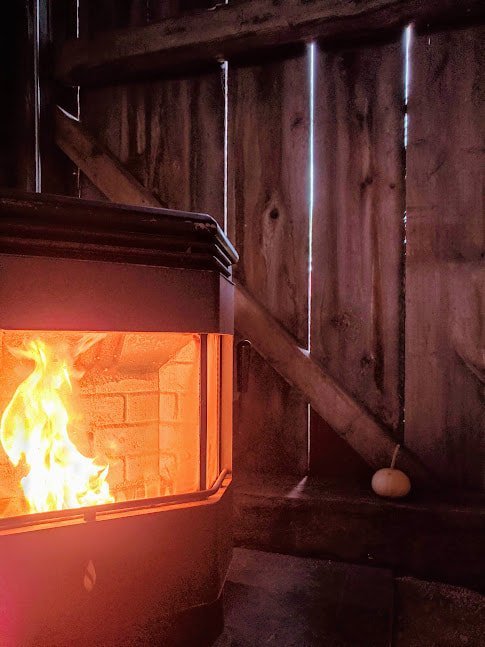 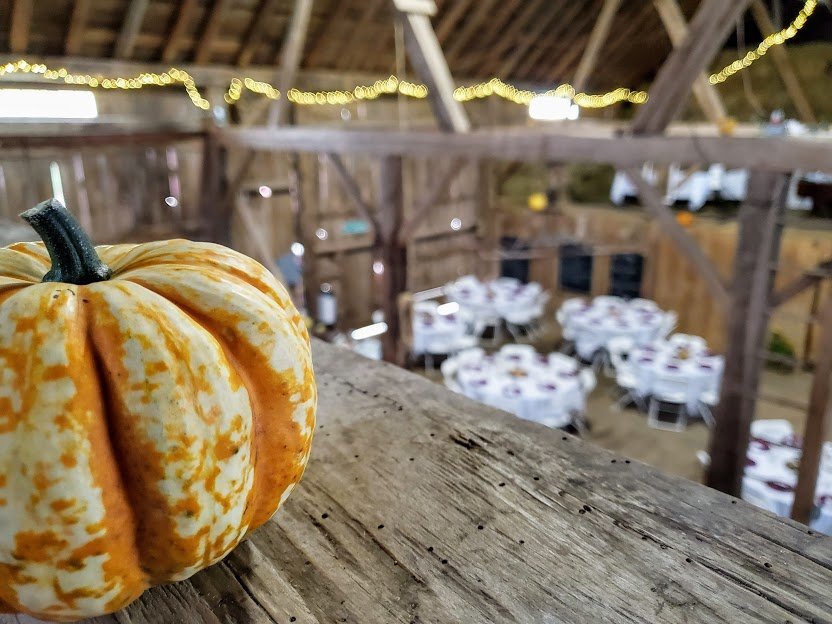 ​Creating a storybook trail of events, Porsha and Reed honored their parents by sharing dances before dinner to symbolize their two families coming together as one. Porsha danced with her father to John Mayer’s “Daughters,” reminding him that she wouldn’t be where she was today without her parent’s love and support, and the bravery instilled in her by her father. Not only to honor his mom, but all the loved ones no longer with them, Reed shared a dance with his mother to Celtic Woman’s “Auld Lang Syne.”

With parent dances concluded, the amazing scent of food wafted from the warm tent beside the barn, where the buffet line was set up. Guests enjoyed dinner, while brave family and friends climbed a ladder to ring the cowbell! This signaled Porsha and Reed to smooch! Homemade cake pops were on each of the tables, accenting the fabulous decorations. Toasts started shortly afterwards, starting with Porsha’s dad, who sweetly toasted his beautiful daughter and new son-in-law. Reed’s mom stood half way up the steep stairs to the hayloft, reminiscing about Reed growing up and helping her with the hay, having to climb the ladder—one rung at a time—herself close behind so he wouldn’t fall. Life is a lot like the rungs of a ladder, their wedding day being the top of their amazing journey up the steps to celebrate their love. Reed’s mom ended with reassurance that if Reed and her new daughter-in-law ever need a parent to help them up the ladder, she would always be there. 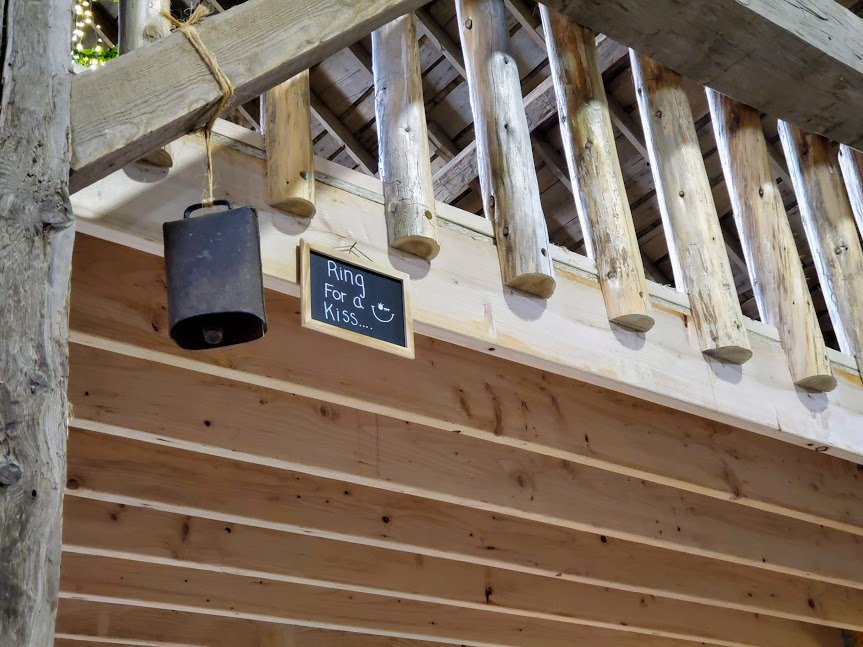 ​Toasts continued with the Best Man explaining that he and Reed met each other in 7th grade attending the same camp, only to be reintroduced in college where they made memories working on cars, drinking beer, and practicing their marksmanship at the shooting range. The Maid of Honor and Porsha’s sister recalled their childhood, meeting Reed for the first time with his Justin Bieber haircut (haha!) and growing up with her beautiful sister. Two more bridesmaids expressed their love and appreciation for their friendship with Porsha. Concluding the heartfelt speeches, Porsha and Reed shared a few grateful words to their closest family and friends.

Soon the dancing started, with the wedding party kicking off the party with “Mamba No.5!” Dancing kept the chilly night at bay, as people packed onto the dance floor to share in the festivities honoring Porsha and Reed. Tyler made sure to play “The Time” by the Black Eyed Peas, “Buy U A Drank” by T-Pain ft. Yung Joc, and Nicki Minaj’s “Super Bass.” There was even a request for Michael Jackson’s “Thriller!” 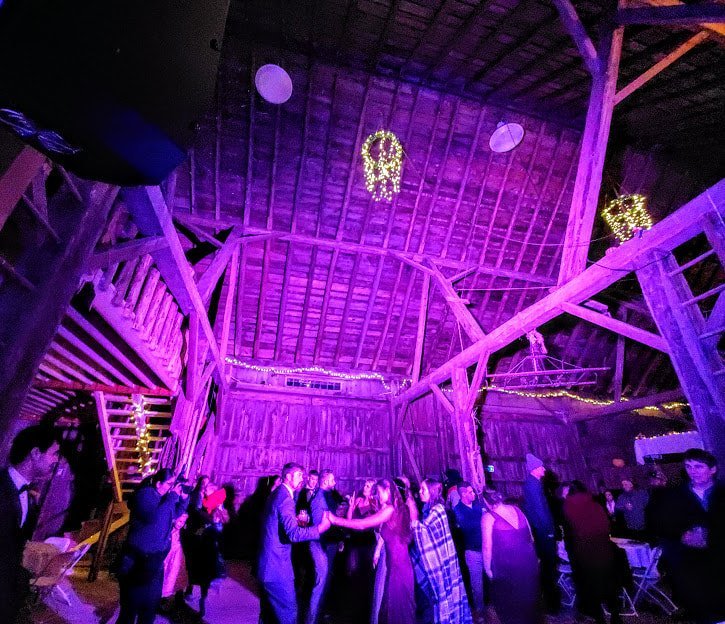 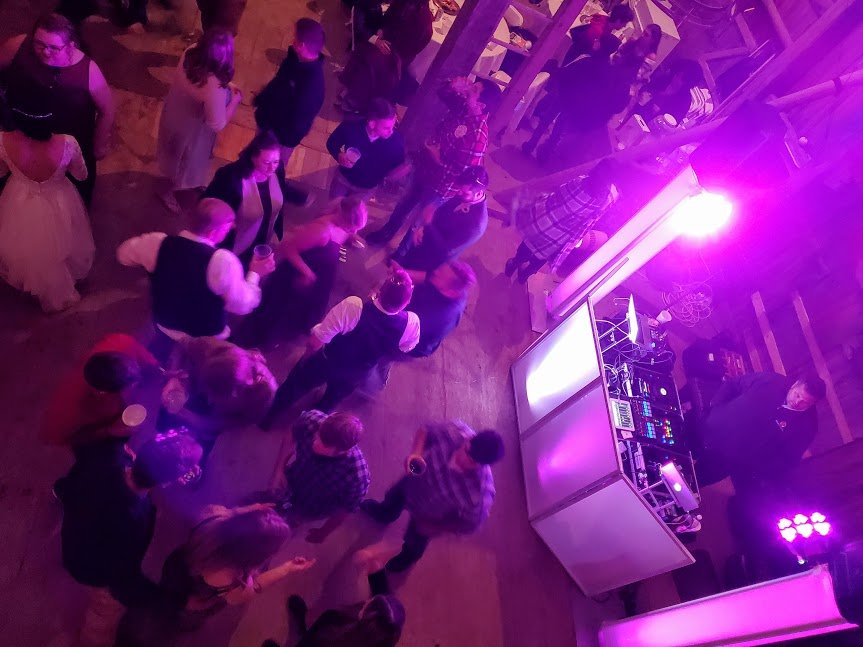 Between the dancing, Porsha and Reed were ushered into the spotlight once again to participate in the “Shoely-wed” game! Family and friends found out Porsha is most likely to hoard the Peanut Butter M&M’s, and Reed would be your man to trust behind the wheel any day. The dance floor filled once again as we found out who the longest married couple was during the Anniversary Dance to Eric Clapton’s “Wonderful Tonight,” and celebrated more wedding traditions by throwing the bouquet and garter!
​
Chicken Booya made for a wonderfully warm late night soup in between dancing and socializing. Porsha and Reed danced the entire night under the twinkling barn lights and our colorful wash lights. “The Git Up,” “Cha Cha Slide,” and the “Cupid Shuffle” were also danced to before the celebration was over. All family and friends swayed and sang with Porsha and Reed for the last song of the night, wishing the newly married couple a happy send off to, “I’ve Had the Time of my Life” by Bill Medley. 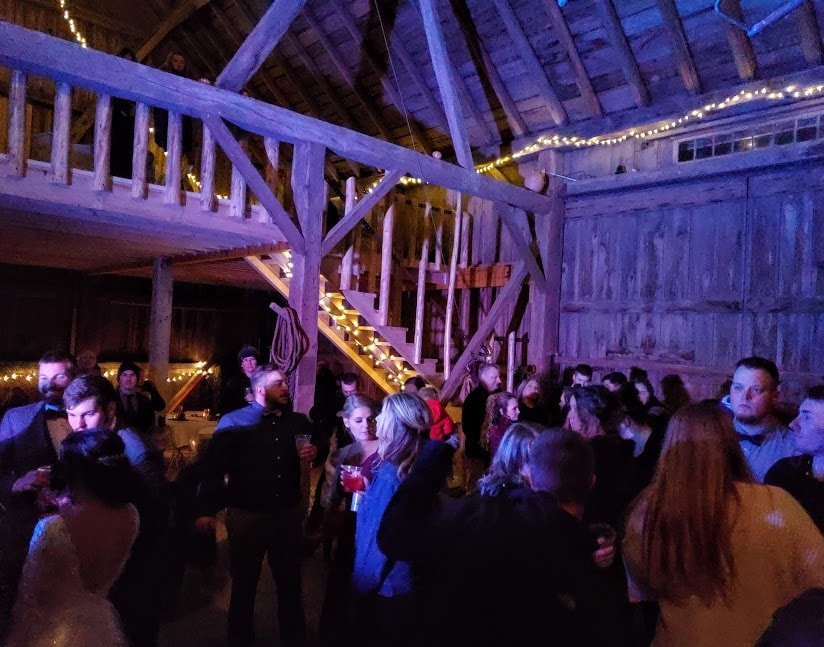 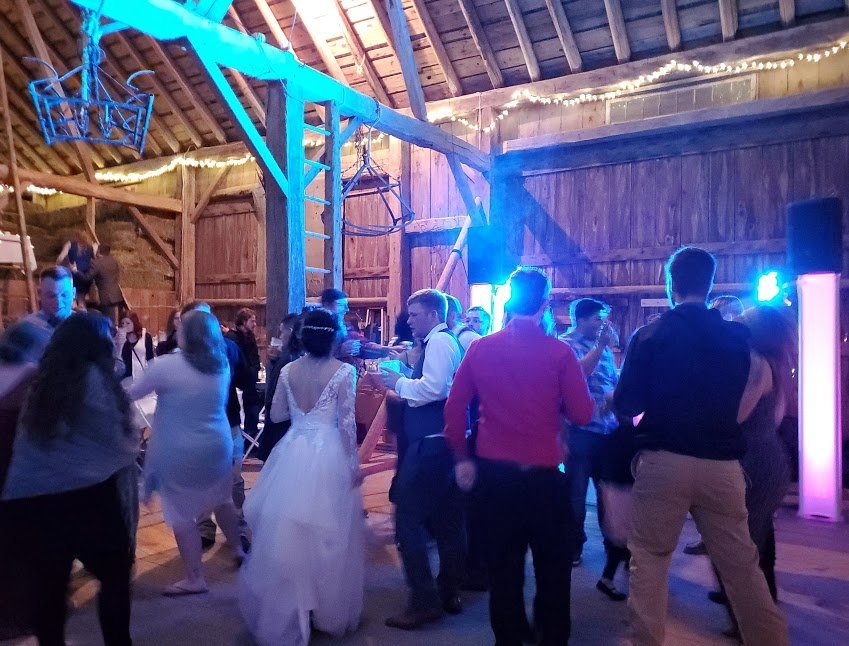 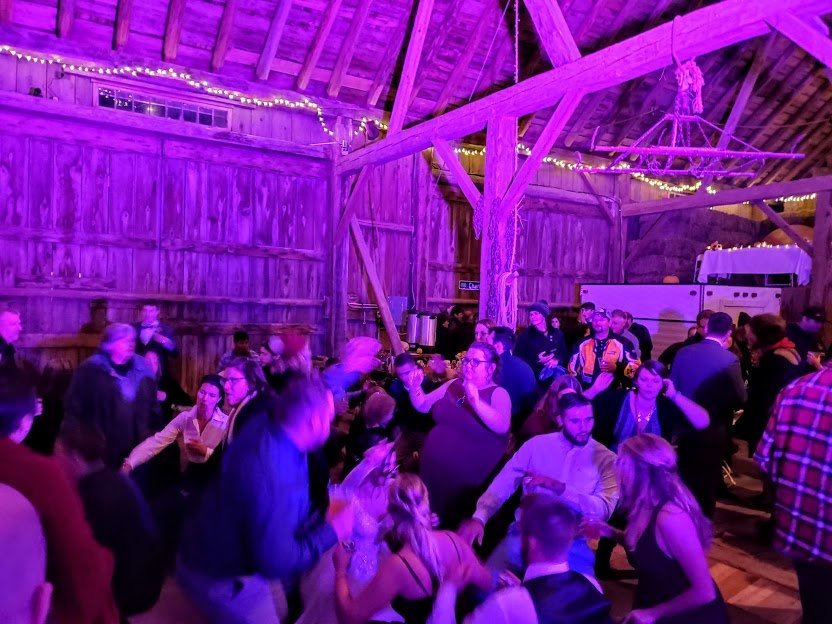 Porsha and Reed, we had an absolute blast celebrating with you at your family barn in Southern Door. We wish you many years of peace, adventure, and laughter. Thank you for choosing SoundFire DJ to provide your musical experience on your special day. 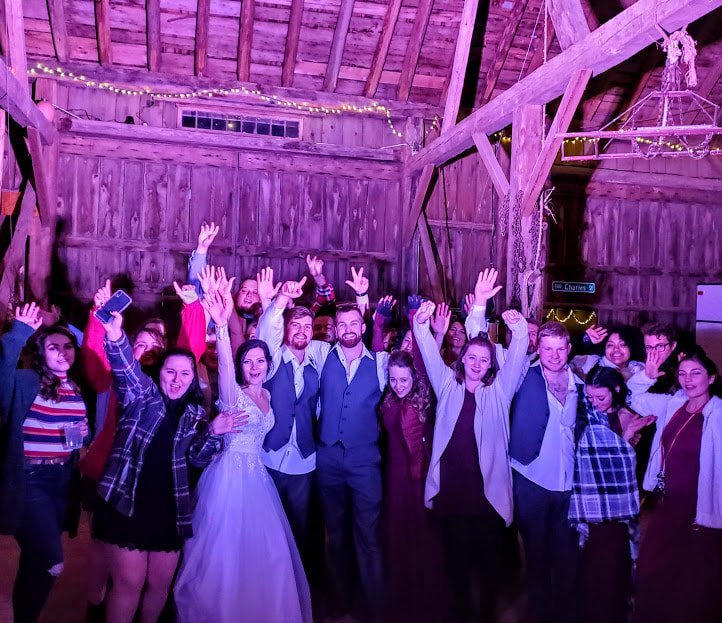 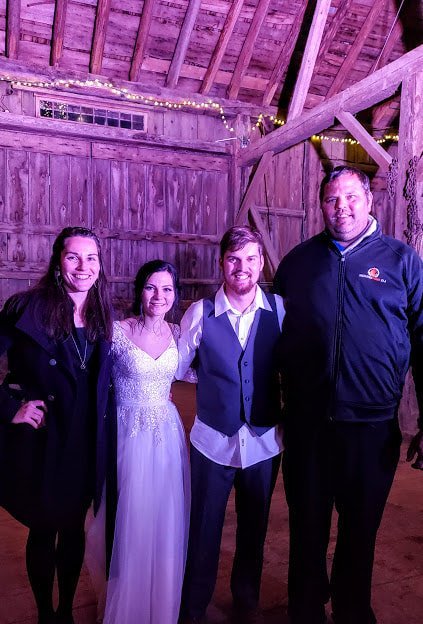 Comments are closed for this article!

Want to get started?