Close family and friends, who traveled far and wide, gathered at Best Western in Oshkosh after the ceremony to enjoy cocktail hour consisting of DJ’s choice of music coming from the simple, but elegant Ember set up. As guests trickled in, the fried cheese curds were the fan favorite as everyone admired the centerpieces with flowers from 88 Events, framed by baby pumpkins and candles coordinating with the gold, navy, and burgundy autumn theme. 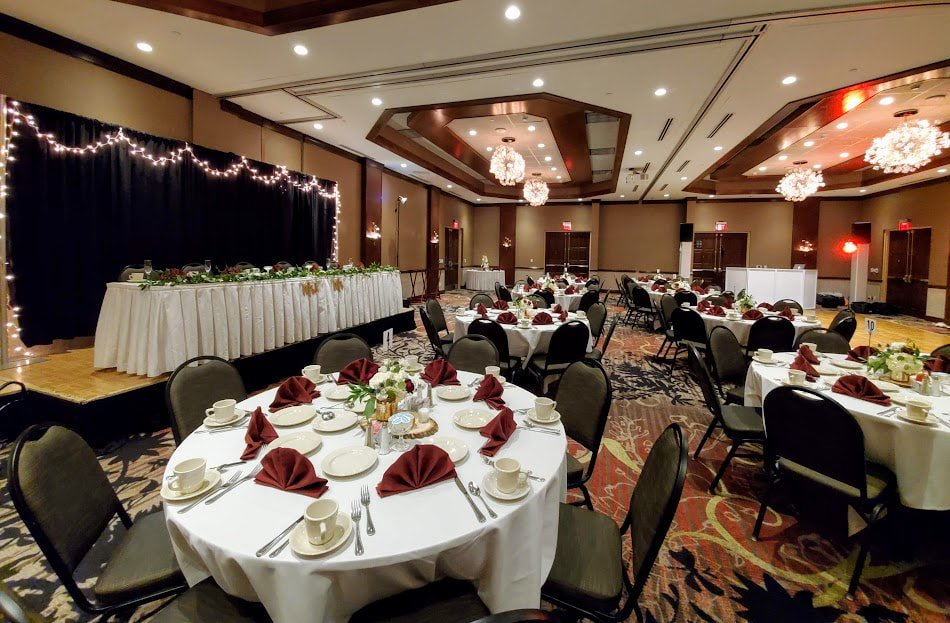 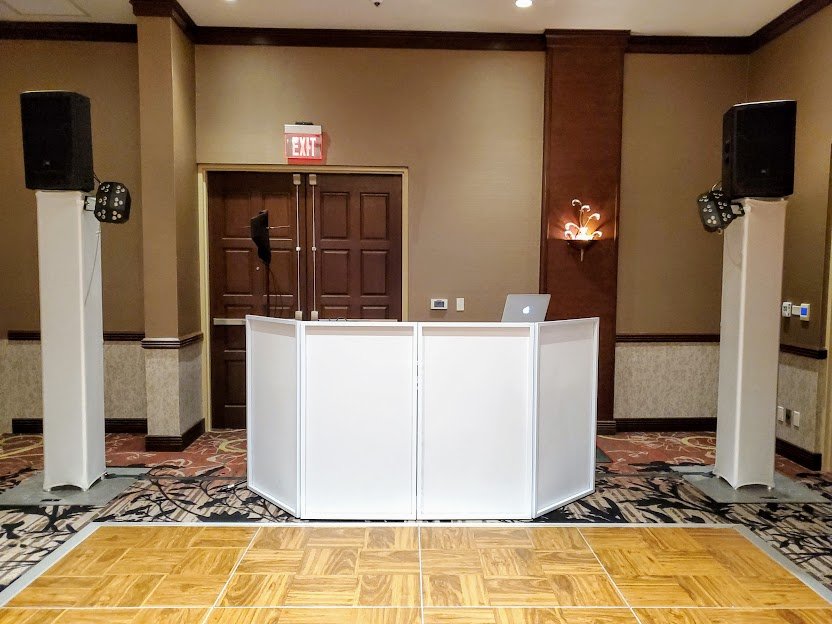 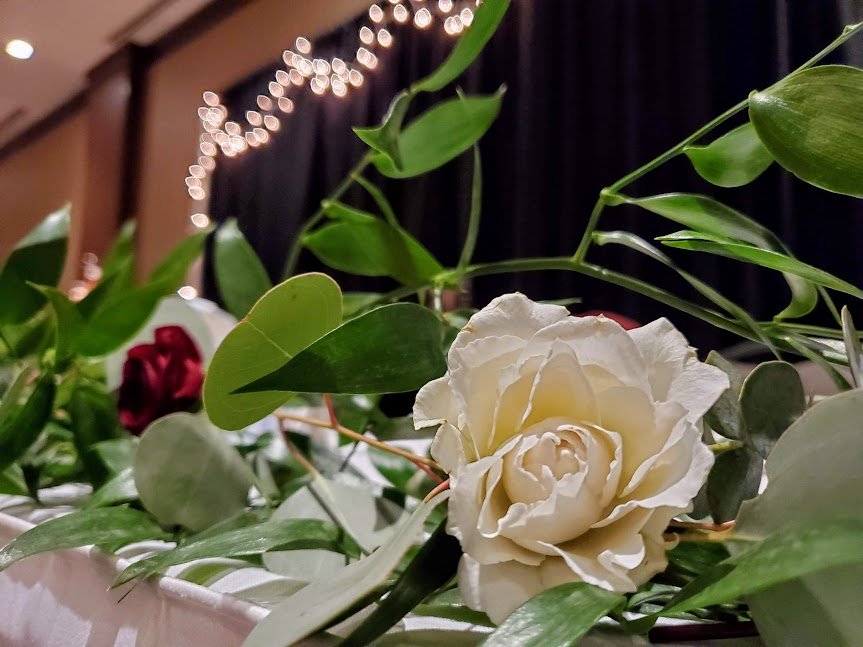 Once everyone was seated, the grand march consisted of funny stories to introduce Emily and Alec’s chosen four into the reception. Dave Mason from Isphotographic captured the people who have supported—and made Emily and Alec laugh—throughout the years. As the wedding party entered, everyone cheered and applauded!

Stopping at the cake table briefly, Emily and Alec cut their beautiful three-tiered cake, baked especially for them by Cake Bake, before joining their wedding party at the head table. The wedding party kept Emily and Alec laughing and supported throughout the entire evening. 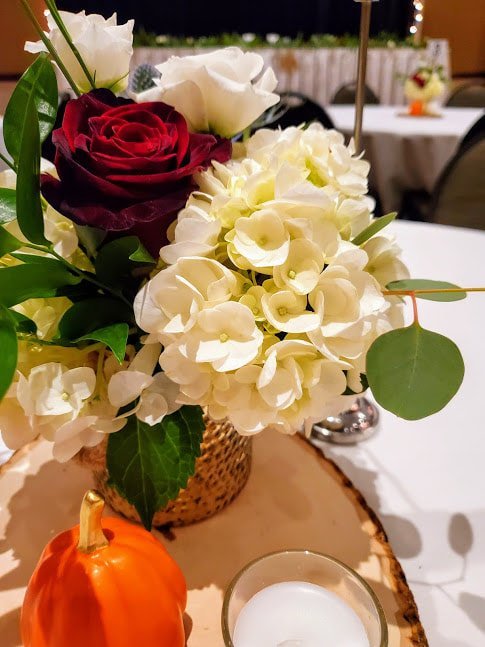 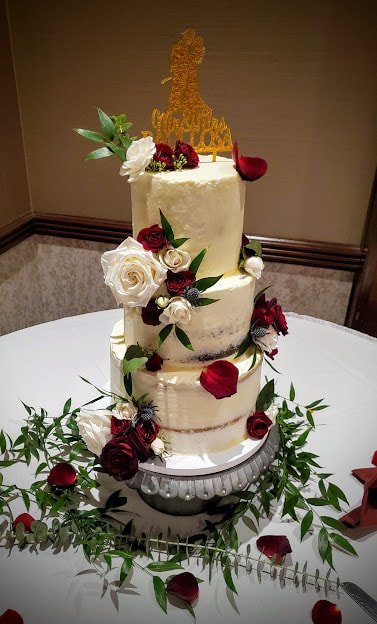 We love when the way the bride and groom are signaled to kiss is unique and fun. Emily and Alec’s way was also fun and entertaining! The kissing method during dinner was “sing a love song,” of which, my favorite was sung in Will Ferrell fashion to imitate Buddy the Elf singing a candy-gram to his father working in the Empire State Building. Incredibly heartfelt toasts occurred throughout the night, where there wasn’t a single dry-eye in the hall. That said, the toasts were reciprocated with hearty laughter from Emily and Alec’s guests as Emily’s sister and Maid of Honor detailed what childhood was like growing up with Emily as a big sister—and growing up with their little brother (check your toothbrush!), and although it took some time to warm up to Alec, she loves him as a brother. Alec’s groomsmen were hysterically hilarious, both recounting—in their own perspective—being assigned and then taken away the title of Best Man! It is clear Emily and Alec’s wedding party truly care for their dear friends, Mr. and Mrs. Baullosa. ​ 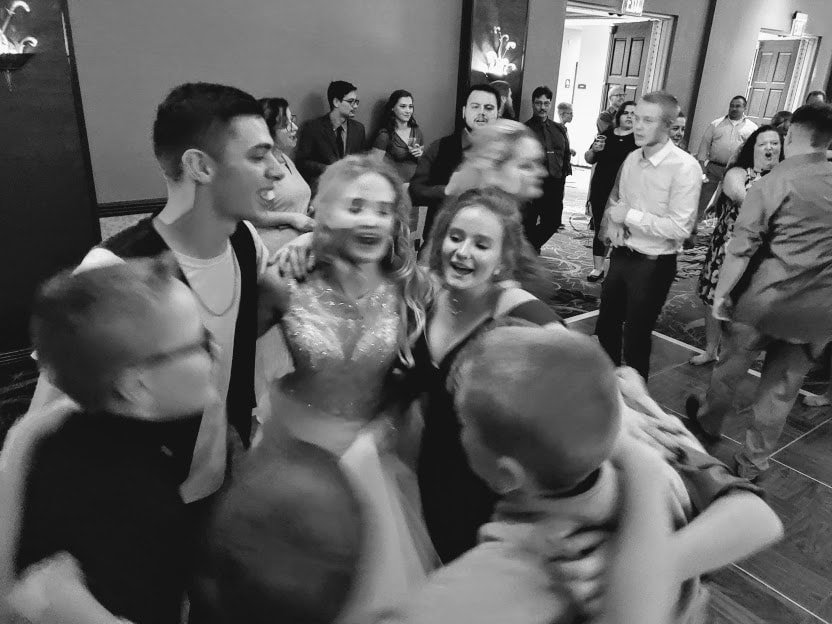 Their parent dances were full of love and affection as all their family and friends took in the special moment. Emily’s dad surprised Emily with the song choice “I Loved Her First” by Heartland to which they swayed and shared tears of happiness and tears of a very proud father. Alec and his mom sung all the lyrics to “Boy” by Lee Bryce for their parent dance. Then Alec surprised his stepmom by offering the next dance in her honor for all the support and love throughout the years. 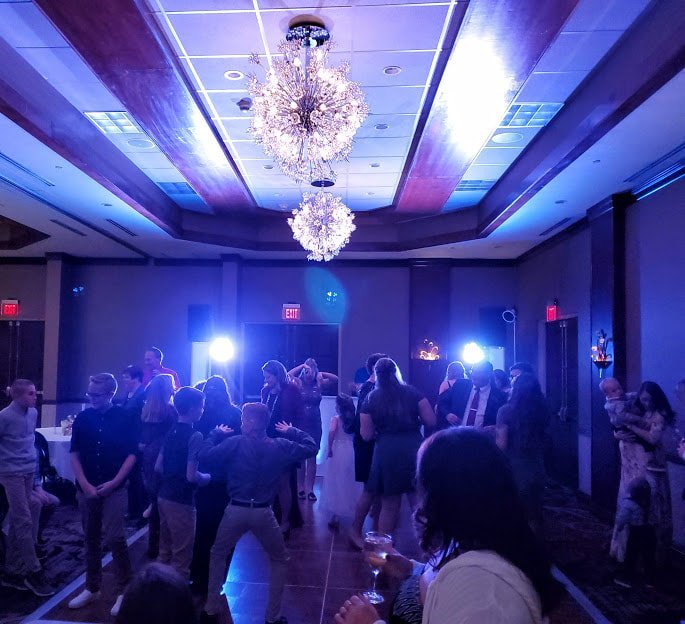 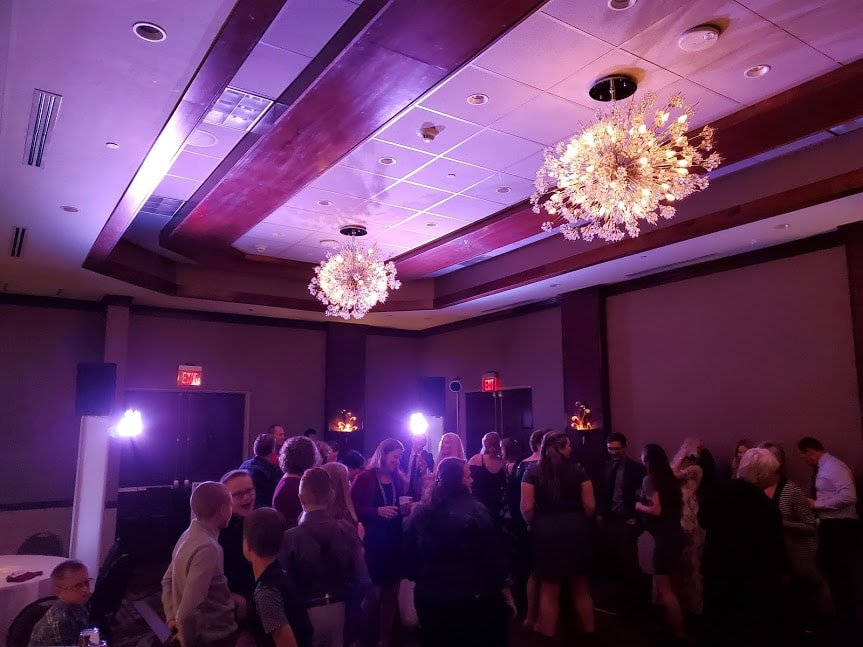 Emily and Alec have an amazing love story: two kids from different states, meeting over five years ago and swapping their numbers on a bus ride to the dinosaur museum, which was one of the highlights of a National Youth Church Gathering in San Antonio, Texas in July of 2014. After years of texting and calling, Emily and Alec became best friends hoping to meet up in Chicago someday. During the summer of 2018, Alec seized his opportunity to see Emily! She had traveled to Indiana for her sister’s dance competition and definitely wanted to see Alec face to face when they had only talked to each other through technology all those years. After seeing each other in person, Emily and Alec knew they had to be together. Alec put in his two-weeks notice at his job in Indiana, talked to his friend about designing and making a ring for Emily, and moved to Wisconsin. Less than two months later, after visiting Indiana, Alec had the finished ring in his possession, and decided to do a very Alec-like thing: propose to his best friend and the love of his life right then and there in the car on the way back to Wisconsin through Chicago. Having politely asked Emily to take out Alec’s headphones, Emily sat holding them for over a minute while Alec kept driving, wondering when she would notice the ring tied into the headphones. When Emily finally noticed, she was so surprised! She said yes (of course!). 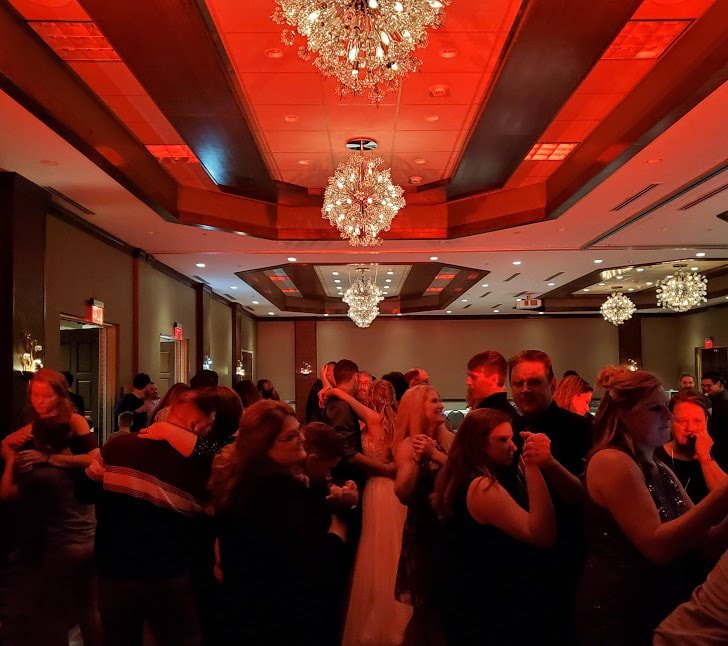 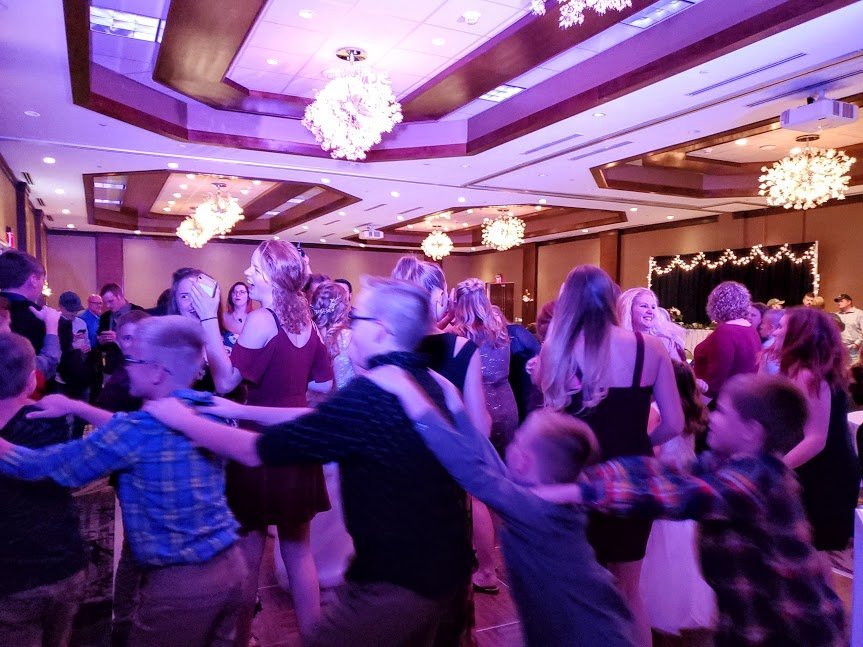 Emily and Alec, your love is pure and your story could definitely be made into a Hallmark Movie! We were so honored to share this special day with you. 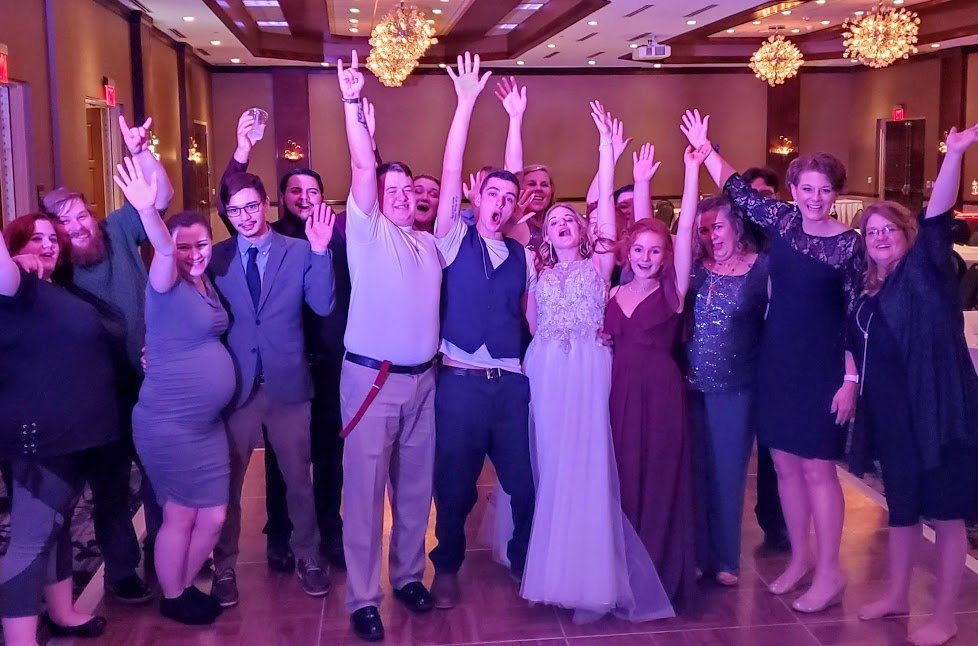 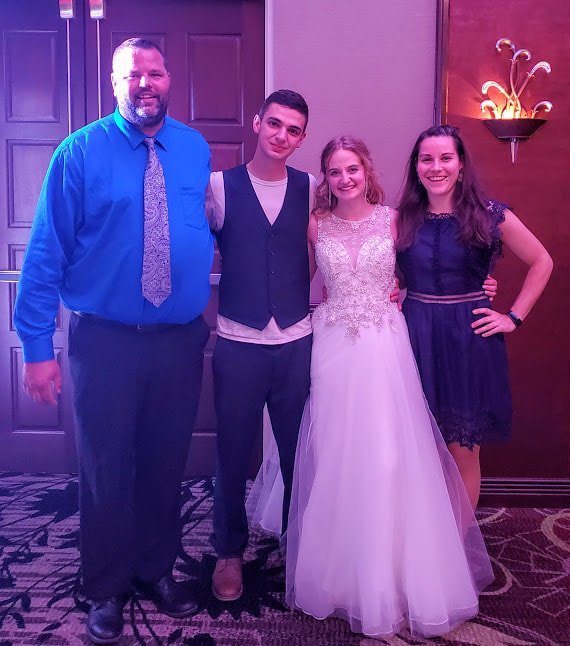 Amazing vendors that made this wedding possible:

This site uses Akismet to reduce spam. Learn how your comment data is processed.

Want to get started?